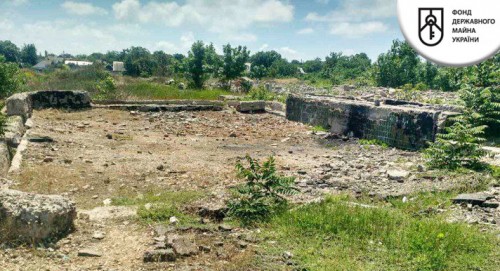 Link to the auction: https://bit.ly/3lBUTHD.

Alienated at the online auction object is a complex of buildings and structures in Berdiansk city consisting of 14 objects with a total area of 5741.8 sq.m, which are on the balance of the SOE «Berdiansk Agro-Trading Enterprise». The auction was organized by the State Property Fund of Ukraine.

The last auction for the alienation of real estate took place in October 2019. At that time, the real estate of the SOE «Kalush Research and Experimental Plant of the Institute of Surface Chemistry of the National Academy of Sciences of Ukraine» consisting of 7 objects with a total area of 2,595.2 sq.m in Kalush city, Ivano-Frankivsk region, was alienated. The price of this asset at the auction increased by 10% - from the starting UAH 1.04 million to UAH 1.14 million. The auction was organized by one of the commodity exchanges, which received the authority to conduct an auction from the seller company. The auction was held by raising the hands of the auction participants present at the exchange.

Reference.On October 23, 2019, the Cabinet of Ministers changed the rules for conducting auctions for the alienation of state property in order to introduce electronic auctions on the electronic trading system "ProZorro.Sales» instead of auctions in which participants took direct participation, provided that they were allowed to participate in the auction by the authorized exchange.

However, due to inconsistencies in the new regulation, the State Property Fund could not initiate the alienation procedure under the new rules. The clarifications necessary to unblock the process were introduced by the Resolution of the Cabinet of Ministers of Ukraine No. 1320 of December 16, 2020 "Some Issues on Alienation of State-owned Objects".

The changes stipulated that the seller under the sale agreement, which is concluded according to the results of an electronic auction, is a balance holder enterprise, not the State Property Fund of Ukraine. In this way, inconsistencies were resolved.